Sting’s eldest, Joe Sumner, busts out a new band and a new sound.

For their third release, Sparks, Britain’s Fiction Plane has woven a tighter and more accessible web of tunes. The first single, “Push Me Around” has more hooks than a fishing tournament. Singer/bassist Joe Sumner (son of Sting) sings “I used to think I was something / I used […] 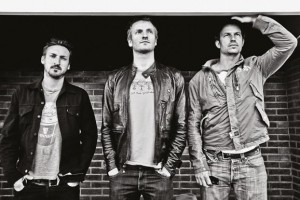 The band talks about Santa’s Boyfriend, living in the shadow of Sting, and a little bit of politics… The members of Fiction Plane took time before their Kansas City show to talk. Along with Snoop Dogg, they are supporting 311 on the 2008 Unity Tour. Drummer Pete Wilhoit, […]