PRETENDERS live at the Starlight

Touring in support of their best album ever, Learning To Crawl, the Pretenders rocked in a big way that night. Chrissie Hynde was more of a man than most of us 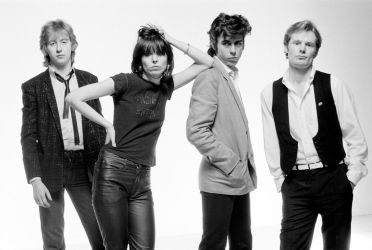 in the crowd. She kicked ass. The concert was one of my most memorable and the reason why I’ll always say that I love the Pretenders.

Openers Simple Minds (headed by Chrissie’s hubby, Scotland’s Jim Kerr) was also at the top of their game, just months before the release of their great Alive and Kicking. This was two great shows in one. It was a nice, warm Kansas City evening under the stars.