After recently becoming a student of R.E.M., this was a night I was excited about. I traveled to St. Louis from Kansas City (about a four-hour drive) to witness a band that 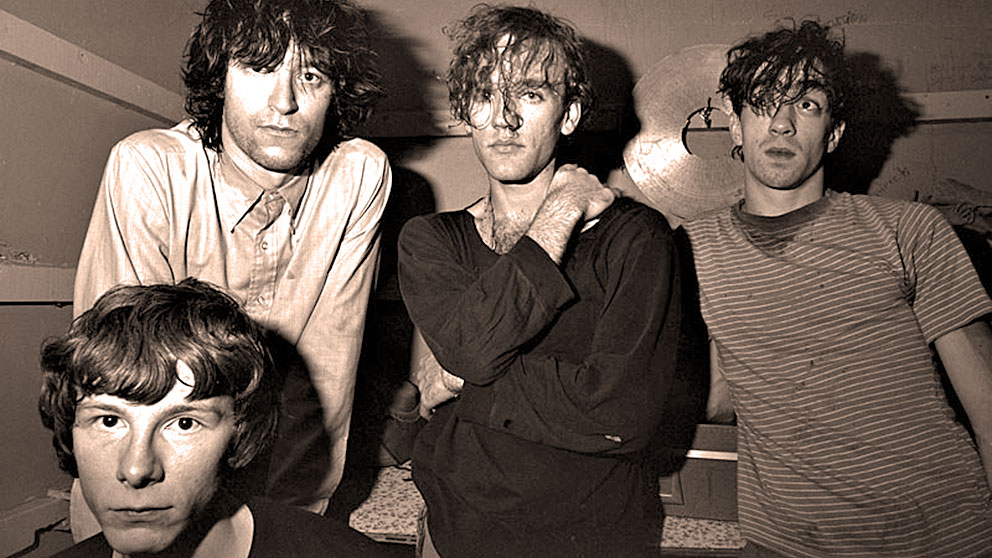 would jump high on my list of favorite groups after this evening. Touring in support of their excellent Fables of the Reconstruction, R.E.M. kicked off the show with “Feeling Gravity’s Pull.” I remember this because I was in line in the boys’ room when I heard the first notes on Peter Buck’s guitar. Needless to say, I held it and ran to my seat.

Michael Stipe, who did a lot of “murmuring” on earlier albums, was beginning to come out of his vocal shell. Lyrics were more understandable, and with good results: we could all hear what he was singing and thus realized his tremendous songwriting skills.

Natalie Merchant and 10,000 Maniacs exhibited very suitable sounds for the opening gig. They were on the road in support of their latest album, The Wishing Chair.