Location: The Variety Playhouse, Atlanta, GA, March 15, 2008
Supporting Act(s): none
In the Company of: Mi Familia

One look at the crowd on this Saturday afternoon inside Atlanta’s Variety Playhouse would convince an onlooker that Barney was in town. Or the Wiggles. This could not be 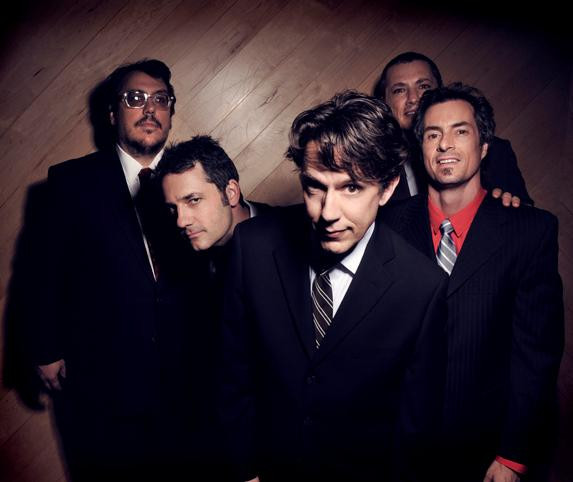 further from the truth. It was a special family show presented by the quirky alternative rock group straight outta Brooklyn called They Might Be Giants.

Although John Flansburgh and John Linnell never expected to have such a young cult following during their formation back in the early eighties, it has happened. With a one-off, just-for-fun project in 2002 entitled No! they reached a demographic that very few rock groups ever consider reaching: the toddler to pre-teen crowd. TMBG pioneered the Dial-A-Song self-promotion in which listeners would call a number and hear a different song each time. This before any record deal was struck.

Since No! was released, TMBG has released two additional kid-oriented CD/DVD packages entitled Here Come the ABCs and Here Come the 123s. Both have made the two Johns much richer and brought intelligent, grown-up style rock to the little people.

When attending a great concert, it is usually required to stand in order to see over the crowd in front. This was especially true due to the dozens of dads with kids on their shoulders. It was a sight to see and hear, with parents joyfully singing along to the same songs as their young-uns. In this election year, a truly bipartisan experience was unfolding.

They also reached back into the stuff that made them famous which was a grand treat for all the parents. Songs like, “Birdhouse In Your Soul,” “Boss of Me” (better known as the theme from the TV show Malcolm in the Middle), and “Particle Man.” The band’s transition from adult alternative to accessible kids was not such a stretch. It was possibly brought about by their educationally-tinged material, which luckily was played at the show. Along with “Alphabet Of Nations,” they included the rocking “Why Does The Sun Shine? (The Sun Is A Mass Of Incandescent Gas)” and “Istanbul (Not Constantinople)” as the closer.

Towards the end of the performance, John and/or John informed the crowd that they were going to play their favorite song. It was “Doctor Worm,” a great selection that can hold its own against most pop songs out there. Another great one from the vault was the raucous, accordian-lead instrumental “The Famous Polka.”

Parents spend a lifetime trying to acquire and maintain that special bond with their children. An experience like a They Might Be Giants show is a perfect way to do it.