What’s in a name? Well, for Seattle’s Death Cab For Cutie, a lot. Travel back with me, if you will, to 1967. You may remember a little movie by The Beatles called “The Magical 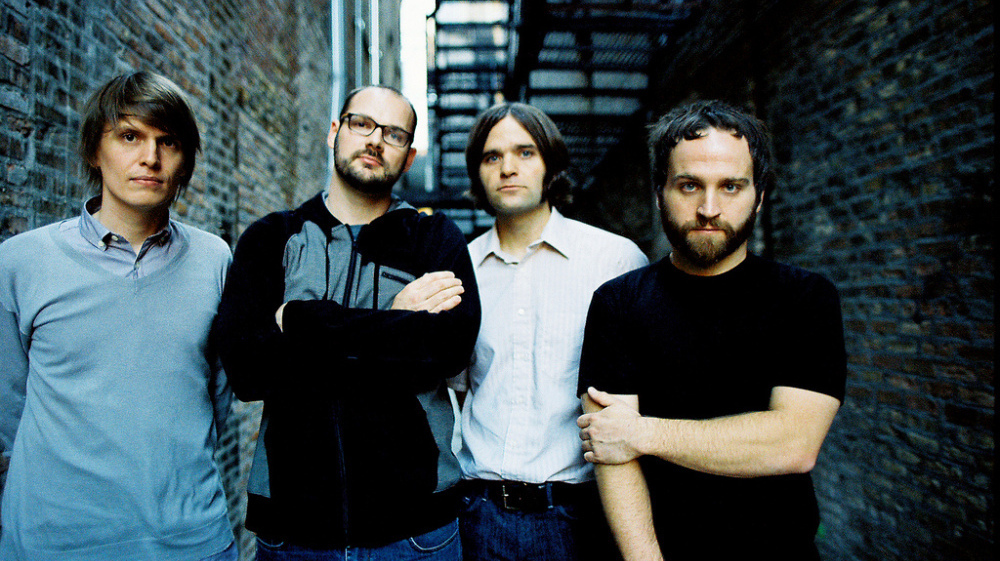 Mystery Tour.” In that movie, there is another band, called the Bonzo Dog Doo-Dah Band. They perform a song in that film entitled, “Death Cab For Cutie.” Got it?

Now, fast-forward to 2008 and an indie rock group that recently had their new release, Narrow Stairs, debut at #1 on the Billboard Hot 100 chart. Pretty amazing for a band that was relatively unknown until 2005’s breakout release Plans. This success is definitely not overnight, though. The group, led by singer Ben Gibbard, has been making music together for ten years.

On this warm night under the stars in the cozy college town (The University of Missouri), Gibbard asked the two blocks of fans if any had been with them six years ago for the first time they played Columbia. It was at a club called Mojo’s. A club I was sitting in not an hour before this show began. The place is small and dingy, but with a nice beer selection. One or two yelps answered his question. I’m guessing they were not really there six years ago, but just wanted some undeserved attention from the crowd.

The show kicked off with “Bixby Canyon Bridge” from Narrow Stairs, a salute to Beat poet Jack Kerouac. Gibbard starts off the song nearly a capella, but the rhythm section soon joins in to make this a pounding gem (“I descended a dusty gravel ridge / Beneath the Bixby Canyon Bridge / Until I eventually arrived / At the place where your soul had died”). The sound was loud and crisp and it seemed that the crowd had been waiting an eternity for this moment, not just the one-hour delay caused by the storm cells over mid-Missouri.

Other selections from the new release included, “Long Division,” “Cath…,” and the stalking first single, “I Will Possess Your Heart,” played nearly in its entirety of over eight minutes (“You gotta spend some time love / You gotta spend some time with me / And I know that you’ll find love / I will possess your heart”). The band also treated the crowd to several songs from their last album, “Plans,” including “Crooked Teeth,” “Soul Meets Body,” the touching and hugely sing-along-able “I Will Follow You Into The Dark,” “Marching Bands Of Manhattan,” and “Your Heart Is An Empty Room.”

From 2003’s Transatlanticism (the band’s final release on the indie label Barsuk) we heard “New Year,” “The Sound Of Settling,” “Title And Registration,” and the closer, “Transatlanticism” (“…I need you so much closer…”). For the hardcore Death Cab fans, “Why You’d Want To Live Here,” “A Movie Script Ending,” “We Laugh Indoors,” “Your Bruise,” and “405” were performed.

Young faces in the crowd were jumping and singing every word to every song. I felt guilty calling myself a fan not knowing every lyric. But college towns and college radio can stand up and take some credit for Death Cab’s overwhelming success of late. This was an inspired show that will not soon be forgotten.

Opening the show was California’s Rogue Wave. Promoting their 2007 release, “Asleep At Heaven’s Gate,” the band played excellent music that was responded well to by the fans. Highlights were “Lake Michigan” and “Like I Needed.” Headed by Zach Rogue, the band is both atmospheric and rocking in any given song. Something to see if you get the chance.