LOS CAMPESINOS! stir up the EARL

Location: The EARL in Atlanta
Supporting Act(s): Titus Andronicus
In the Company of: Thomas S. 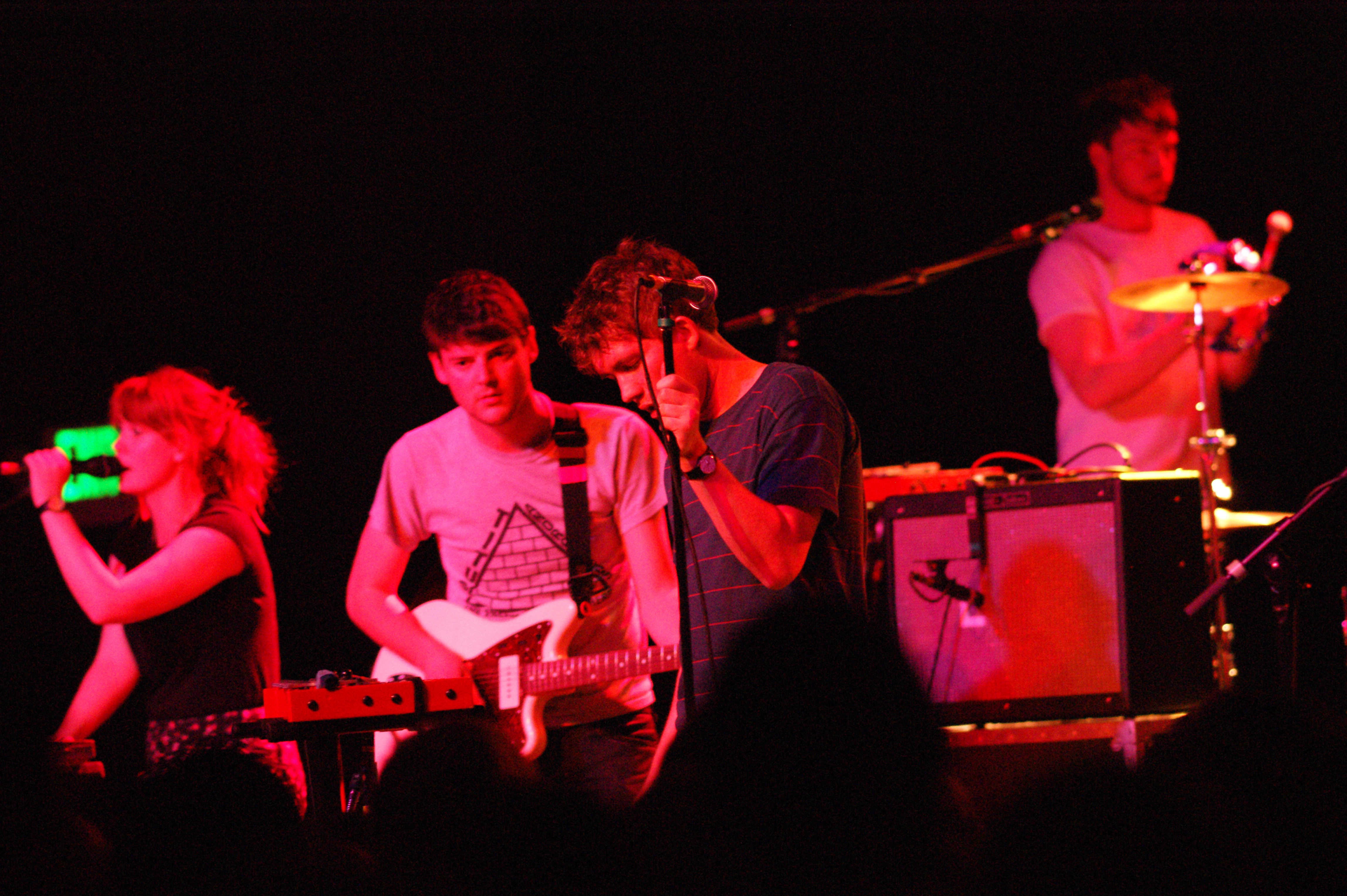 between a single drum and the glockenspiel, while adroitly handling vocals.

The band first came into prominence in late 2006, with the Dave Newfeld (Broken Social Scene) produced “We Throw Parties, You Throw Knives” / “Don’t Tell Me To Do The Math(s)” double single. In June of 2007, the group released “You! Me! Dancing!” which, like several of their other creations, has a strange resemblance to a New Order song (mostly through bass and drums).

Los Campesinos! makes wonderfully energetic dance music. Maybe a tad too energetic. Nonetheless, not too many listeners in the packed EARL were standing still. And it was loud…was that mentioned? All totaled, LC! consists of seven members (3 chicks; 4 dudes). One or two may have been absent on this cold night in Atlanta, but no one noticed.

Gareth frequently channeled John Lydon (aka Johnny Rotten), which for a punk fan may be pure gold. He does, however, delve quite successfully into really rhythmic and hooky lyrics. The band amazed the audience with such gems as “Broken Heartbeats Sound Like Breakbeats,” “We Throw Parties, You Throw Knives,” and the contagious “You! Me! Dancing!” (“If there’s one thing I can never confess / It’s that I can’t dance a single step”).

One could draw a crazy parallel between LC! and the Sugarcubes, both having the sweet female vocals juxtaposed with the heavy western European-accented male vocals. Check it out.

Opening the show with a firestorm of good karma was New Jersey’s Titus Andronicus. This group of four young ones thrashed onto the stage and gave it their all. With a rawness and power not common in such youngsters, these boys were a bit reminiscent of fellow garden-stater Bruce Springsteen (the harmonica did not hurt this connection). Add two parts Pogues and a sprinkle of the Clash and Sex Pistols and I think you’ll get a sense of what the fans heard that night.

Playing most if not all of the tracks on their new release The Airing of Grievances (taken from the Seinfeld episode featuring the Festivus holiday), it sounds like these boys should have a hit record. Oh yeah, and it was loud.