It’s been a good year for music. New bands surfaced and old bands maintained. A good mix is healthy and necessary for even the most casual concertgoer. From the staying power of U2 and the English Beat to the fresh genius of Elbow and Phoenix, 2009 offered some wonderful live experiences. 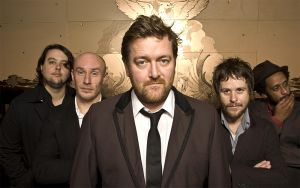 Here they are, my top ten concerts of 2009, with excerpts from each of my reviews. Keep in mind, there were thousands of great performances in Atlanta and elsewhere. I can only comment on the ones I saw. I’ve alphabetized the list, as I couldn’t choose a favorite.

Elbow
One of the more uplifting and poignant moments of the night came with the brilliant “One Day Like This.” Uplifting because of Garvey’s lyrics; poignant because the fans knew, felt, and sang all the words…and they’re great words: “What made me behave that way? / Using words I never say / I can only think it must be love / Oh anyway, it’s looking like a beautiful day.” To hear that full Center Stage crowd singing in unison, “It’s looking like a beautiful day!” was exhilarating and I hated being the newcomer.
Listen: http://www.lala.com/external/flash/SingleSongWidget.swf

The English Beat
Margaret Thatcher has been out of the spotlight for several years. This, however, did not spoil the vibe of hearing “Stand Down Margaret” live. It still feels relevant these days as more and more Americans have discovered they have a voice in the political process. Original English Beater Dave Wakeling kicked off the show with “Whine and Grine / Stand Down Margaret” at the cozy Loft in Atlanta. It was loud, hot, and crowded…it was Ska.
Listen: http://www.lala.com/external/flash/SingleSongWidget.swf

Whine And Grine/Stand Down Mar…

Five Eight
Throughout the evening, Mantione seemed to be creating the set list from his head. He began several songs while Horowitz and Ferguson looked at each other perplexed as to what this song was. And song after song, they figured it out and joined in seamlessly. With comparisons having been made to the Pixies, Dinosaur Jr., and the Replacements, Five Eight will pull you into their own style and sound and leave you wanting more. With a new album in the works and a scheduled New Year’s Eve gig with the Modern Skirts back at Smith’s Olde Bar, these guys will get another chance to show everyone they’re still around.
Listen: http://www.lala.com/external/flash/SingleSongWidget.swf

Los Campesinos!
Gareth frequently channeled John Lydon (aka Johnny Rotten), which for a punk fan may be pure gold. He does, however, delve quite successfully into really rhythmic and hooky lyrics. The band amazed the audience with such gems as “Broken Heartbeats Sound Like Breakbeats,” “We Throw Parties, You Throw Knives,” and the contagious “You! Me! Dancing!” (“If there’s one thing I can never confess / It’s that I can’t dance a single step”).
Listen: http://www.lala.com/external/flash/SingleSongWidget.swf

Colin Hay
He did his fair share of jabbing at contemporaries who, let’s just say, have enjoyed a little more success. Hay expressed his true admiration of Sting’s shoulders. “I mean, he’s an incredible singer and songwriter – ‘Roxanne!’ – but have you seen those shoulders?” And fun was also made of Sting’s name. He then went on to have a run on U2’s the Edge, and how Edge’s grandmother may have reacted to hearing his new nickname (“He’s calling himself what?”). Not coincidentally, Men at Work, the Police, and U2 were all vying for record sales at the same time. So, you may say Colin is a tad bitter, but I’d like to believe that he’s just having some fun.
Listen: http://www.lala.com/external/flash/SingleSongWidget.swf

The Pains of Being Pure at Heart
Hailing from Brooklyn, New York, The Pains of Being Pure at Heart are enjoying that initial taste of success. Supporting their first full length, self-titled album (Slumberland Records), these shoegazers have received some critical acclaim. Commercial acclaim may soon follow. With a sound reminiscent of My Bloody Valentine, the Pains supply a wall-of-guitar sound and swift drumming accompanied by buried, sometimes unintelligible lyrics (not quite a “Murmur,” but some songs come close). All this with a sugary-sweet pop sensibility.
Listen: http://www.lala.com/external/flash/SingleSongWidget.swf

Phoenix
One encore included “Everything Is Everything,” the incredible disco sounds of “If I Ever Feel Better,” and the current hit “1901.” As it was the last song, the band seemed to want to never leave the stage. Mars descended the stairs at the Variety Playhouse and made his way into the masses. He found a ledge on which to stand, gave some more thanks, then surfed his way back to the stage on a sea of hands. All this while the band jammed on. The world shall soon discover Phoenix and their perfect pop music.
Listen: http://www.lala.com/external/flash/SingleSongWidget.swf

Sea Wolf
Alex Brown Church is an artist on the verge of success…to the average American, that is. While your neighbor may think you’re talking about the Jack London novel of the same name, Church has quietly built a fan base and some much-deserved exposure for his band Sea Wolf. Hailing from California, Sea Wolf has a song on the soundtrack to the new film, The Twilight Saga: New Moon. Sharing the bill with such alt-rock gods as Death Cab For Cutie, Muse, and Thom Yorke, this is sure to garner Sea Wolf the respect and attention they deserve.
Listen: http://www.lala.com/external/flash/SingleSongWidget.swf

U2
Music fans around the world speculate after each new U2 album and subsequent tour whether or not it will be their last. And time after time, the Dubliners return evolved with a new look and sound. This was most noticeable between the rootsy ode to America that was The Joshua Tree and the techno awesomeness of Achtung Baby. The mid nineties were iffy for the members of U2, however. Talk of a breakup persisted, especially after Zooropa and Pop failed to sell as expected. But the band managed to redefine itself once again and land on their feet.
Listen: http://www.lala.com/external/flash/SingleSongWidget.swf

Walkenhorst & Porter
Fast-forward to 2009 and the CD release party for No Abandon. This is not the most upbeat selection of songs, but rather an attempt by the songwriters to take a look back as well as a look forward. As most middle-agers do, the singers are evaluating and reevaluating their lives – personally and professionally. The result is a wonderful snapshot that is easily accessible to the listener. Walkenhorst’s soulful vocals paint a vivid picture while Porter’s voice is the perfect complement. Walkenhorst and Porter were joined on drums by former Rainmakers drummer Pat Tomek, along with bassist Norm Dahlor from the excellent Celtic rock band the Elders.
Listen: http://www.lala.com/external/flash/SingleSongWidget.swf

Let’s hope 2010 will be as musically rewarding. Happy New Year!

For complete reviews, click on your band of choice in the righthand column.