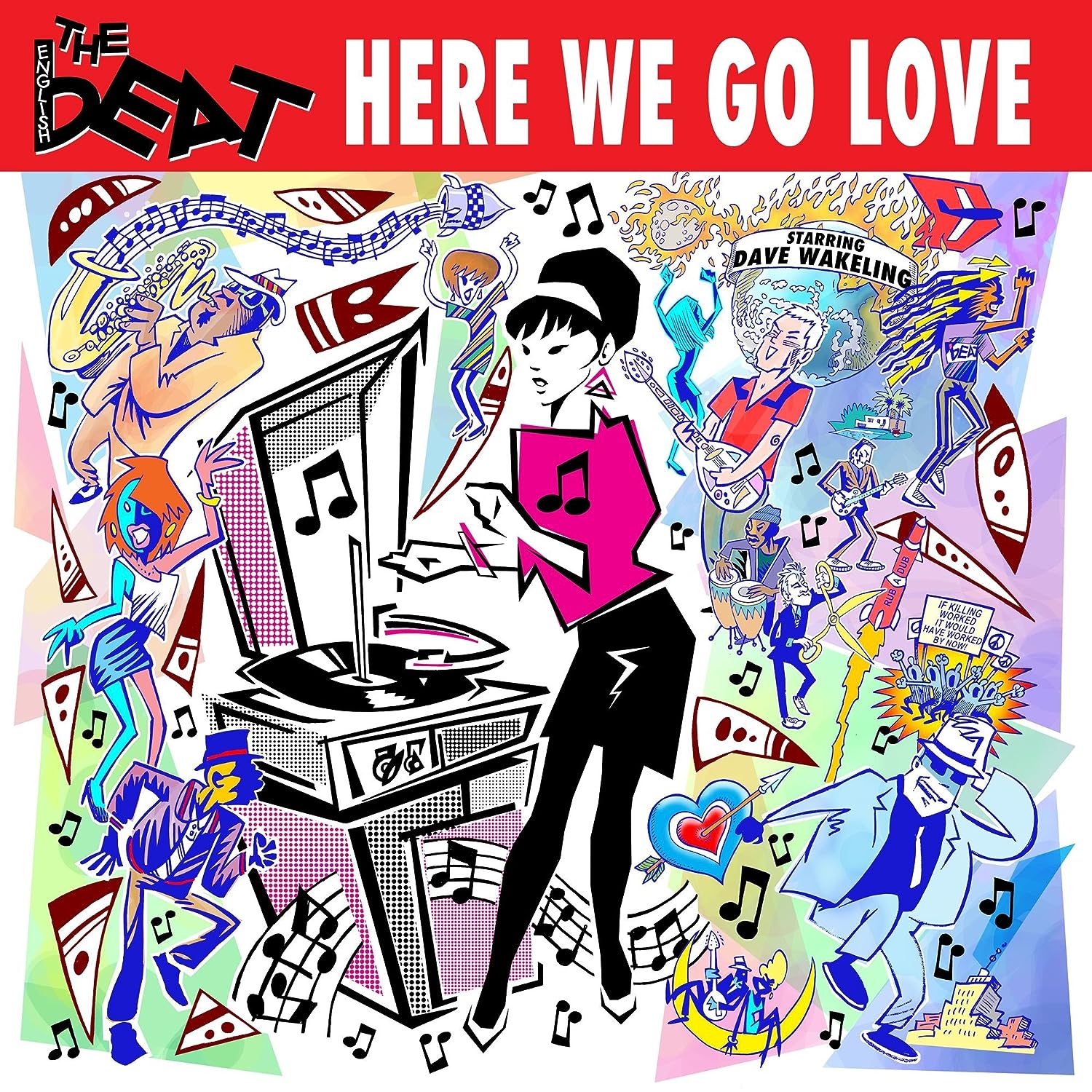 For fans of the ska / new wave / punk / reggae collective The English Beat, it’s been a 36-year drought since the last studio album. The Birmingham, England lads introduced themselves to the world releasing three excellent albums – I Just Can’t Stop It (1980), Wha’ppen? (1981), and Special Beat Service (1982). They disbanded soon after, but leaders Dave Wakeling and Ranking Roger quickly formed General Public and enjoyed further success with the song “Tenderness.” Andy Cox and David Steele recruited singer Roland Gift to form Fine Young Cannibals, and hit the charts with “She Drives Me Crazy.” While Wakeling’s version of the Beat is currently on the road, Roger has also been touring with his own variant and released Bounce in 2016

Wakeling, however, seems to have the more recognizable voice, and Here We Go Love! showcases that unique talent, along with fresh songwriting and a very tight band. Sadly, Saxa (Lionel Martin) passed in 2017 at the age of 87, but left some sax music behind, which was rolled into the new mix of songs. The album kicks off with a raucous and joyful “How Can You Stand There?” sounding as if Wakeling hasn’t skipped a beat since the eighties. In “If Killing Worked,” he sings, “Turn on your TV, see what they’ve done? / they’ve made our culture look like a setting sun / but we’re better than that because we know how / if killing worked it would have worked by now.” Interpreting these lyrics could lead down many paths, but most likely the song references war, guns, and/or the death penalty.

Politics and love continue to be the band’s topical mainstays (see “Stand Down Margaret” from Just Can’t Stop), and Wakeling refuses to shy away from opining on America’s current president in “The One and The Only.” Adjectives used are weak, stupid, and arrogant, going so far as comparing him to Mick the Miller, a famous greyhound race dog from 1930’s Ireland. In the slow-burner “Never Die,” Wakeling sings of the loss of close friends to HIV/AIDS in the eighties as well as his own son’s near-death experience in an auto accident. “Dem Call it Ska” jumps into rocksteady and reggae beats, while “The Love You Give” dips into poppy love song territory.

The absence of “toasting” by Ranking Roger has definitely left a void in the English Beat sound, but that gap is nearly unnoticeable due to the excellence of this new release. With a new generation of fans, the English Beat are hoping to multiply those numbers with this set of 13 new tunes. After touring on the popularity of an impressive back catalog, the Beat now have a fourth album, which will undoubtedly join the first three as a classic. For information on Here We Go Love! and the tour, visit The English Beat.