Pertinent Playlist #3: Hail to the QUEEN 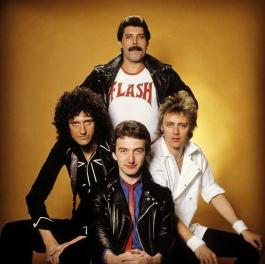 After the multitudes of success of the 2019 biopic Bohemian Rhapsody, all things Freddie Mercury and Queen reached and surpassed the hemispheres of popularity. The film won several awards, including Best Actor nods with Golden Globe and Oscar wins for Rami Malek. Rhapsody tells the story of Mercury’s early life and rise to stardom, ending with his untimely death at 45 in 1991. Sure, there are some embellishments, and writers may have played fast and loose with certain facts. It remains, however, a powerful story of a man who in the end just wanted his father to acknowledge him.

This playlist consists of some songs I grew up with, mostly well-known tunes. As a high schooler, I played The Game cassette until I wore it out. While Queen continues to recored and tour with Adam Lambert, there will truly never be another Freddie Mercury.