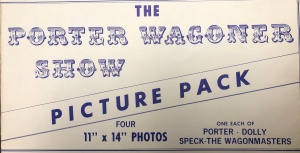 This picture pack was purchased that night.

Growing up in small town Missouri did not afford many opportunities for well-known, national artists. Boonville was a town located smack-dab in the middle of Missouri just off I-70. The fact that Mr. Wagoner hailed from West Plains, Missouri – resting on Missouri’s southern border with Arkansas – most likely contributed to Boonville’s good fortune in welcoming the man known as Mr. Grand Old Opry. 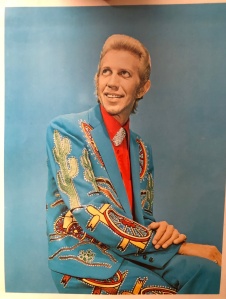 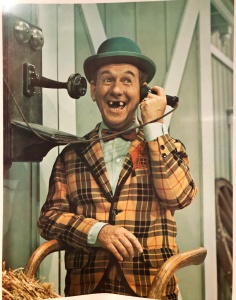 Wagoner was elected into the Country Music Hall of Fame in 2002 and passed away in 2007. He is also known for introducing Dolly Parton to the world in 1967 on The Porter Wagoner Show. The duo went on to record several albums together and tour extensively throughout their seven-year partnership. Parton’s 1974 hit “I Will Always Love You,” written about her professional break with Wagoner, hit number one on the country music charts.

I was lucky enough to be attendance with my family. I was a young child but do recall parts of this night as very exciting. Kemper Military School ceased to exist and now houses the local YMCA. During visits home over the past couple decades, my own family would go to the Y and actually shoot basketball in the very gymnasium this concert occurred. As I continue to research details of this event I will edit this article.