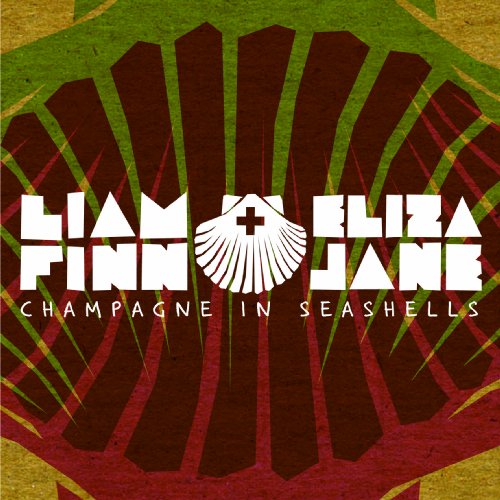 critically acclaimed I’ll Be Lightning, Finn shares billing with his singing partner Eliza-Jane Barnes. For those familiar with Lightning, Finn has most assuredly evolved into a more mature and deliberate songwriter.

On the opening track, “Plane Crash,” Finn sings throughout an ominous build-up to the “Plane crash!” crescendo. In an instant, the somber, eerie tune becomes a hurricane of rock music, featuring Finn’s dynamic guitar and ferocious drumming.

Track three finds the music mellowing, but not boring. “Won’t Change My Mind” is a beautiful tune that’s has a second half which takes off in an entirely different direction.

“Honest Face” is quite possibly one of Liam Finn’s finest creations. This song contains all the requisites for a great tune. Excellent harmonizing by Eliza-Jane, a quirky tune that will grow on you like kudzu, top-notch musicianship, and a glimmer of his – as well as his father’s – apparent influence, the Beatles. Actually, the Fab Four’s inspiration can be heard on all things Finn: Split Enz, Crowded House, Neil Finn, Tim Finn, The Finn Brothers, and now Liam. Granted, he grew up surrounded by fine pop music and fine pop musicians, but at this stage in his life has earned his keep as one of music’s finest singer/songwriters.

To wrap up this fine EP, Eliza-Jane takes the lead with “On Your Side.” While Finn possesses pop/folk vocals, Eliza-Jane brings to the table a striking voice that perfectly complements that of her partner’s.

With a total running time of just 20 minutes, the listener is left wanting more of Champagne In Seashells. Hopefully, Finn will treat us with a full-length release in the very near future. After opening several shows on Eddie Vedder’s solo tour earlier this year, Liam and Eliza-Jane will soon be on the road opening for Pearl Jam, then it’s Wilco in the spring. With this prominent exposure, music lovers will soon be saying, “Liam, where have you been all my life?”