U2 live at The Georgia Dome

Music fans around the world speculate after each new U2 album and subsequent tour whether or not it will be their last. And time after time, the Dubliners return evolved 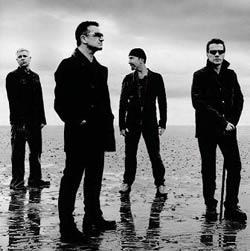 with a new look and sound. This was most noticeable between the rootsy ode to America that was The Joshua Tree and the techno awsomeness of Achtung Baby. The mid nineties were iffy for the members of U2, however. Talk of a breakup persisted, especially after Zooropa and Pop failed to sell as expected. But the band managed to redefine itself once again and land on their feet.