For listeners who feel that Austin’s Spoon achieved overnight success with 2007’s triumphant Ga Ga Ga Ga Ga, they couldn’t be more wrong. These guys have been hard at it since 1993, when Britt Daniel (vocals, guitar) and drummer Jim Eno formed the band. 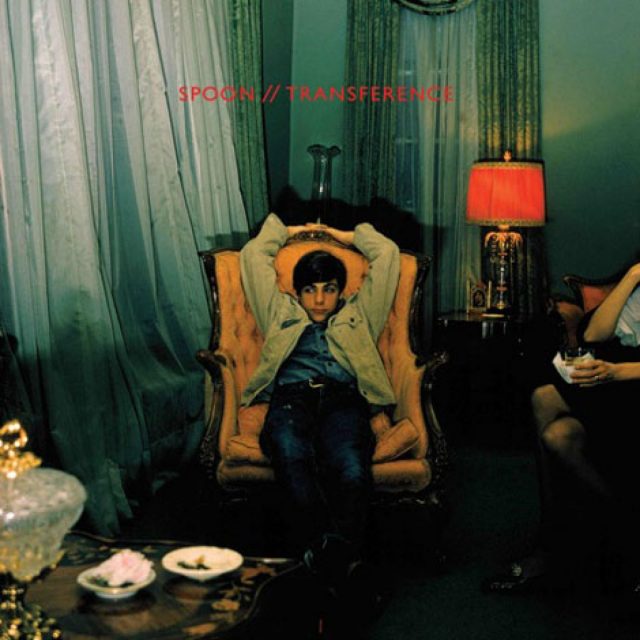 Various and sundry musicians have come and gone, as have labels (Merge has been Spoon’s mainstay since 2000’s Love Ways EP). Rob Pope (bass) and Eric Harvey (keyboard, guitar, percussion, backing vocals) round out the foursome. Spoon are notorious for getting record deals, then losing record deals. Despite this, and due in part to Daniels’ demanding perfectionism, Spoon have discovered well-deserved success.

The band’s name is derived from the avant-garde German band Can, who recorded the hit song “Spoon” in the early seventies. Daniel and Eno were fans. As Spoon evolved throughout the mid- to late-nineties, their sound developed a cult following among alternative music fans looking for something else.

Ga Ga Ga Ga Ga featured hook-heavy, instant hits, such as “You Got Yr. Cherry Bomb,” “The Underdog,” and “Don’t You Evah.” The group’s seventh full-length release Transference takes a little longer to ease into. In the lead-off track, “Before Destruction,” Daniel sounds as if he’s in a large, cold room, singing things like “Before destruction a man’s heart is haughty / Everyone loves you for your black eye.” It’s a sparse, raw sound that was not present on their previous release. But Spoon want you to understand that they’re not in it for the hits. They’re in it to prove their excellent musicianship, the sometimes off-kilter singing, and the sharp lyrics.

This mood quickly shifts gears with the jumpy “Is Love Forever?” Daniel does the voice-echo thing, which has almost become a trademark, at least for some songs. The next several songs range up and down, emotionally, always with something to grab onto. “Who Makes Your Money” slides in with a synth and easy drum beat, with Daniel deftly doing the asking.

The first single, “Written In Reverse,” gets back to the raw sound with a stop-start jam and banging piano sounding like it was done in one take, and that’s meant as a (“I’m writing this to you in reverse / Someone better call a hearse / I can see it all from here from just a few glimpses”).

“Trouble Comes Running” is the all-out hooky rocker that does not disappoint. Daniel emotes, “I was in a functional way / I had my Brown Sound jacket / Queen of call collect on my arm / She was my calmer down / She was my good luck charm / Here it come running / Trouble come running again.” With a catchy guitar riff, killer drums, and some sweet harmonies, this one could be the show starter.

“Goodnight Laura” and “Out Go The Lights” are unexpected near-ballads showing a kinder, gentler Spoon. Throughout the album, the evolved and mature sound shows a band comfortable and confident. Then there’s “Got Nuffin,” a return to vintage Spoon with the quivering guitar and solid, driving rhythm section. Daniel seems to be coming out of the clouds of self-doubt with this one (“And I got nothing to lose but darkness and shadows / Got nothing to lose but bitterness and patterns”).

The remainder of tracks form together to design a terrific outing from indie music’s new kings. Transference debuted at number four on the Billboard charts, a spot none of their previous albums reached. Spoon pride themselves in showing all the blemishes and imperfections. Daniel likes leaving those little miscues and flawed takes on the albums. It becomes more of a real production…more genuine and believable. And so it goes that the quartet from Austin keeps aiming for perfection.