For their third release, Sparks, Britain’s Fiction Plane has woven a tighter and more accessible web of tunes. The first single, “Push Me Around” has more hooks than a 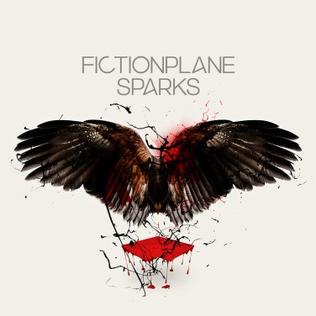 fishing tournament. Singer/bassist Joe Sumner (son of Sting) sings “I used to think I was something / I used to think I was, but now I’m sure” with all the bravado and confidence of his old man. The song, like many of Fiction Plane’s, involves Seton Daunt’s reggae-tinged guitar, Sumner’s smooth solid bass, and Pete Wilhoit’s explosive drumming.

The highly caffeinated lead off track, “You Know You’re Good (La La La Song),” shows off Sumner’s strong and evolving voice. And like caffeine, is very addictive. Just listen to it once…you’ll want another cup. While his voice does remind you a bit of his father’s, it’s easy to hear FP’s signature song style. They have slowly made a name for themselves and are succeeding on their own merits. And as a live act, they earn it.


“Russian L.S.D.” finds the boys drifting into Doorsland (you’ll swear that’s Ray Manzarak on keyboards). The pace is measured and the vocals are haunting. Daunt’s guitar solo is wicked as well as his effects later in the song. Nice one. While FP totally nail the near-ballad (“Denied”), their soul lies in rock music.

When Sumner sings, “This is real democracy / This is what the people want / Put your feelings into action, a statement of intent / We speak clearly, you’ll know just what we meant / Revenge, revenge,” in the post-punkish “Revenge,” you’ll believe he’s getting his. Behind these thought-provoking lyrics is a powerhouse three-minutes of great musicianship that WILL make you move your feet. Promise.

Throughout Sparks, one should take notice that Daunt, Sumner, and Wilhoit have pushed the envelope experimenting with new sounds and taking those sounds in new directions. After a massive amount of exposure in 2007-2008 warming up the Police during their reunion tour, Fiction Plane surely found some new fans. This trio has slowly moved out of that big shadow and made a name for itself. For tour and CD information, go to www.fictionplane.com.