LCD Soundsystem earn it in Atlanta

Live Review: LCD Soundsystem at the Tabernacle in Atlanta, 10/4/10

James Murphy has hinted that this will be the last album and tour for LCD Soundsystem. DFA Records, the company which he cofounded and runs, has been consuming much of his time lately. After signing such up-and-coming artists as Free Energy, Holy Ghost!, and Hot 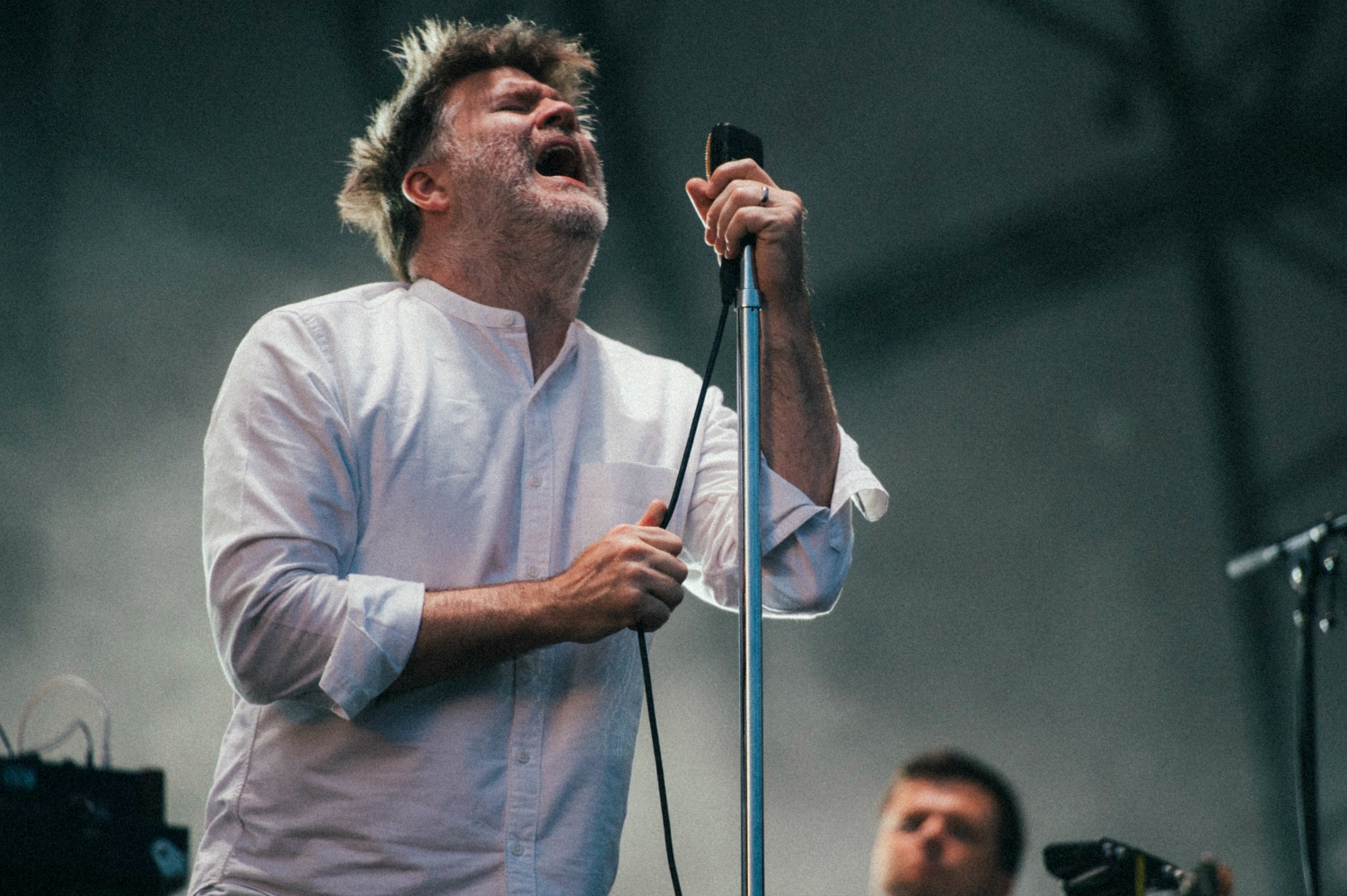 Chip, he is a busy man. Nonetheless, fans all over dread such a thought as a world without LCD Soundsystem.

Touring in support of his latest release, This Is Happening, Murphy will take the band around the world before wrapping up in February in Australia. He has gone on record saying his band has basically set the bar high for live performances. He is correct. On this night in Atlanta, the band was on fire. Not literally, but almost. There is no argument that This Is Happening is one of the best new releases of the year. But a live LCD show is an LCD album to the nth degree / all caffeined up / on steroids. For those fans in the house who did not believe in earplugs, a true awakening was experienced.

When the lights came down to start the show, 10cc’s “I’m Not In Love” blared over the speakers. Then Murphy and the band took to the stage to screams and applause. As the opening chords of “Dance Yrself Clean” poured out over the crowd, Murphy sang, “Talking like a jerk / Except you are an actual jerk / And living proof that sometimes friends are mean / Present company expect it present company / Just laugh it off it’s better than it seems.” Then it went raucous. The massive vibration had to be a combination of the incredible music and the packed-like-sardines fanatics on the floor of the hundred-year-old Tabernacle. That floor is wood and there is a basement. One more decibal plus one more jumping fan would have seen the crowd plummet to the basement. Murphy, with all his youthful exuberance (he’s a very young 40) and high octane energy, was exhausted at song’s end, doubling over with hands on knees and huffing like a chain smoker. The fans felt the same way. And the show was off to a smashing start.

“Drunk Girls,” the catchy and addictive hit off Happening was up next, and the party got crazier. Each member of the seven-piece band is exceptionally talented and added their own unique spin to the LCD sound. Other highlights included “Daft Punk Is Playing At My House” (see video below), “Losing My Edge,” “All My Friends,” and “Yeah.” With each successive song, the volume increased as did the ferver of the band and the fans. Many fans on the floor never ceased with the arm waving, jumping, and dancing. Even the majority of the balcony was moving throughout the entire show.

Many have attempted to label LCD over their short history. Electronica. Dancepunk. Indie Dance. Whatever the label, The Soundsystem have left their mark on music and music lovers. Murphy has definitely fused an 80s sound into many of his songs. The influence of such New Wave groups as New Order and Depeche Mode can be heard in some tracks.

Between the crowd surfing and the crush of fans on the floor, tempers may have flared near the stage. Keyboardist Nancy Whang attempted to calm some nerves saying, “Are we okay here? Everyone okay? Let’s be nice.” Murphy then spoke up, saying, “If you’re taking pictures or videotaping, that’s totally fine. But when doing this, you are not really here. We want you here. But I’m not making any judgements.” A good point. And a polite guy. He thanked the crowd after nearly every song.

If, in fact, this is the last hurrah for LCD Soundsystem, they are going out with a bang. This was a fantastic live show that will not soon be forgotten. Murphy will more than likely put some time into his record label, then, somehow, get back into the studio. It’s what he does best.

Brooklyn-based noise pop duo Sleigh Bells (Derek Miller and Alexis Krauss) got the eardrum shattering evening off to a successful start. Supporting their new album Treats, the Bells have a massive sound considering their only instruments are a guitar and a laptop, with Krauss on vocals. The way the Atlanta crowd responded to Sleigh Bells, you’d have thought they were the headliner.