The 2010 musical year in review was a rich one. It seemed to witness a huge leap for the indie music world, with more and more bands getting their sound out there via the Internet. No more fishing for big record label contracts. The 21st century technology has 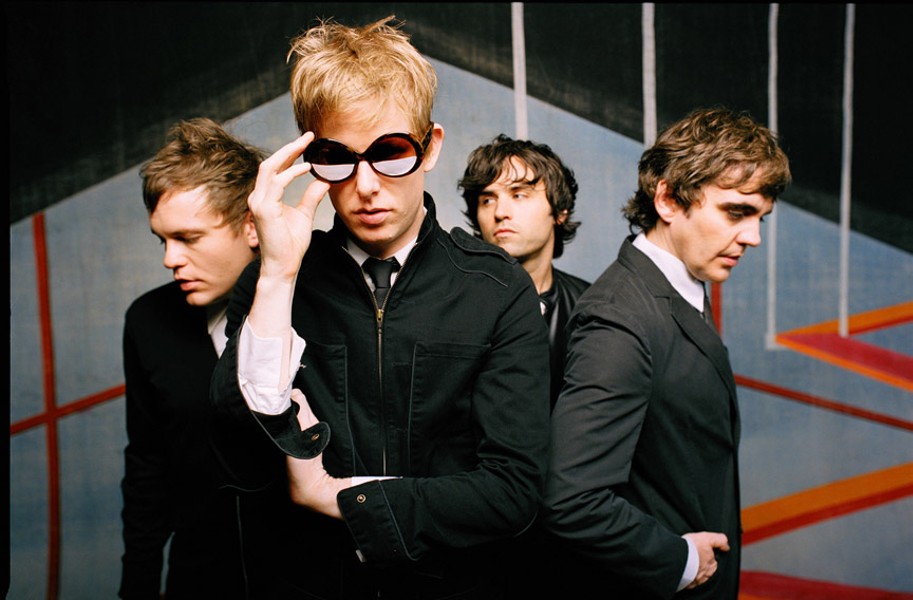 been kind to up-and-coming bands. Following are ten shows that you should have seen with a snippit from each review. Most of these acts are not considered radio staples, but probably should be. Go to the links for each concert to read my full review (shows are listed chronologically).

SPOON at the Tabernacle in Atlanta, 3/20/10 – “While Spoon has had their ups and downs, it seems as if they’re in for a future of ‘ups.’ On this night, Spoon was the tightest four-piece on the planet. Even with two encores, the band left fans wanting more.” http://http://www.examiner.com/music-in-atlanta/spoon-rock-the-tabernacle

THE RUBY SUNS at the Drunken Unicorn in Atlanta, 3/22/10 – “Touring in support of their third studio album, Fight Softly (Sub Pop), the Ruby Suns spun some foot-tapping songs combining indie rock with world beats. At times, all three members were banging on drums. But usually, the tunes were made up of two synths and a drummer. With danceable beats and McPhun’s smooth voice, it frequently seemed as if all these people were enjoying an 80s new wave performance…in Hawaii.” http://http://www.examiner.com/music-in-atlanta/ruby-suns-bring-the-tropics-to-atlanta

WILCO at the Fox Theatre in Atlanta, 3/26/10 – “As the evening progressed, the fans remained standing. The lush padding of the Fabulous Fox Theatre’s comfy seats was never utilized. The crowd stood the entire show (even much of the balcony). Tweedy recognized this and was impressed.” http://http://www.examiner.com/music-in-atlanta/wilco-the-experience

VAMPIRE WEEKEND at the Tabernacle in Atlanta, 4/8/10 – “The band opened the show with the heavily-Paul Simon-influenced ‘White Sky’ from Contra. Next up was the ultra-manic ‘Holiday.’ The crowd, already whipped into a seemingly uncontrollable frenzy, would not stop moving and jumping and singing until show’s end.” http://http://www.examiner.com/music-in-atlanta/vampire-weekend-live-atlanta

ARCADE FIRE at Verizon Wireless Amphitheatre in Alpharetta, 8/11/10 – “Audience participation was mind-blowing and that only made for a better show. Win Butler and company have made a fantastic new record, and fortunately for us, know how to play it live. The show ended with Arcade Fire’s signature song from their first album. ‘Wake Up’ is one of those anthems that is instantly hummable and never forgettable. What a way to end the night.” http://http://www.examiner.com/music-in-atlanta/arcade-fire-and-spoon-burn-up-alpharetta

ORYX + CRAKE at the EARL in Atlanta, 8/28/10 – “If you’ve heard the CD by now (and you should have heard it by now), you’ll know that these are nine of the most talented musicians around. And live versions of the nine songs performed came out a bit edgier than those recorded. It was clear that the members of Oryx + Crake were pumped. Audience fervor is the only thing that overshadowed the band members’ enthusiam. It was a full house of an appreciative and supportive crowd.” http://http://www.examiner.com/music-in-atlanta/oryx-crake-have-arrived

CROWDED HOUSE at the House of Blues in Chicago, 9/5/10 – “The second song was ‘Mean To Me,’ from their 1986 debut album. This rocked even harder, with Finn’s voice as perfect – if not better – than it ever was. And he is one of the most underrated and superbly skilled guitar players out there. Of course, his songwriting is the only thing that surpasses his voice and guitar work. He is frequently compared to Lennon and McCartney for a very good reason.” http://http://www.examiner.com/music-in-atlanta/genius-of-crowded-house-proven-yet-again

JAMES at the Variety Playhouse in Atlanta, 9/22/10 – “During ‘Say Something,’ Booth traversed his way through the audience, shaking hands and walking down a row of seats across the armrests. At song’s end, he was quite a distance from the stage, yelling to bandmates, ‘What’s the next song? What’s the next song!’ Then, the opening chords of ‘Laid’ began to a roaring crowd. He hastily made his way back to the stage and brought the house down with this excellent song.” http://http://www.examiner.com/music-in-atlanta/james-return-to-atlanta-and-feel-the-love

PAVEMENT at the Tabernacle in Atlanta, 9/26/10 – “While Pavement never had a #1 hit, ‘Cut Your Hair’ and ‘Gold Soundz’ may have been close, as far as fans are concerned. Malkmus comes across reminiscent of a Stop Making Sense era David Byrne, with his quirky mannerisms and jumpy moves. He does, however, put everything he’s got into his performance.” http://http://www.examiner.com/music-in-atlanta/pavement-burn-through-atlanta-on-reunion-tour

LCD SOUNDSYSTEM at the Tabernacle in Atlanta, 10/4/10 – “One more decibal plus one more jumping fan would have seen the crowd plummet to the basement. Murphy, with all his youthful exuberance (he’s a very young 40) and high octane energy, was exhausted at song’s end, doubling over with hands on knees and huffing like a chain smoker. The fans felt the same way. And the show was off to a smashing start.” http://http://www.examiner.com/music-in-atlanta/lcd-soundsystem-show-everyone-else-how-a-live-show-is-done

The new year of 2011 has some big shoes to fill. Better get started.