Uncle Green or 3 lb. Thrill: Whatever you call them, they’re back 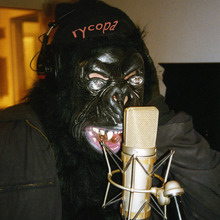 It was the late-eighties and for Uncle Green, the dream was coming true. They were a well known college rock band that was successfully touring. Soon came the big label deal, exposure, chance of a lifetime. After a short stint on the label, it was back to the drawing board. Several attempts to regain label support failed and the four members continued on with their lives and the business of raising families.

After years of wondering, drummer Pete McDade decided to hunt down the “lost tapes” that were ready for release back in ’97. Those songs were recorded in that now-famous rented house in Atlanta’s Little 5 Points. After nearly two years of searching, the tapes were discovered buried deep in a Sony warehouse. Many emails, calls and sleepless nights later, he had them in his hands. Now what?

The members of the band, which formed in high school in the early ’80s in New Jersey, were scattered about the country. McDade began the arduous task of reconnecting musically (see The Blues Brothers: “We’re putting the band back together.”). Remaining members of the band, Matt Brown (vocals, guitar), Jeff Jensen (guitar, vocals) and Bill Decker (bass) were all open to the idea of self-releasing the newfound tapes. A Kickstarter campaign ensued to fund the mastering and the fans came through – in a big way.

The massive Rycopa (a 32-song blast) hits you from all fronts. To list all the apparent influences would be tough. From “Standing Out In The Rain” (Ben Folds) to “St. Lazaro” (Squeeze – in fact, if that’s not Difford and Tilbrook, I owe a man some money) to “Sunrise Lullaby” (Beatles) to “Super Kitty Uh Huh” (Monster-era R.E.M.), Rycopa is hitting on all cylinders. But to say that Rycopa is just an amalgam of all these apparent influences would be unfair. Like their previous life, Uncle Green/3 Lb Thrill have definitely created their own personality. From Brown’s vocals to each members contributions, they are easily identifiable with a distinctive sound.

Rycopa kicks off with “Not In Range,” a rolling rocker that is officially dubbed the first single, in this writer’s humble opinion. Throughout several tracks, the boys keep their sense of humor (“Lucy In The Streets With Dimetapp,” “It’s A Red, Red, Red, Red, Redneck World”). But don’t expect to hear that instant hit with addictive hooks. Rycopa takes a few listens – then you’re hooked.

In honor of the foursome’s belated release, a special one-off reunion show will take place Saturday, February 25 at Smith’s Olde Bar in Atlanta. For all those fans of Uncle Green and 3 lb. Thrill, this is a gift from the heavens. It will showcase all the fantastic stuff from Rycopa, as well as a trip down memory lane, performing all those songs the fans know by heart from the nineties. To grab a copy of the new release, go to CD Baby. For ticket information, move quickly to Ticket Alternative. Tickets are only $12.

Openers for the show will be The Head and Pink Pompeii. Also, be sure to catch a very special in-store performance (family friendly!) at 3:30 the day of the show at Decatur CD.