Editors at the Roxy

The members of the British group Editors are on a journey of discovery in America. Supporting their second release, 2007’s An End Has A Start, the band is still somewhat unknown 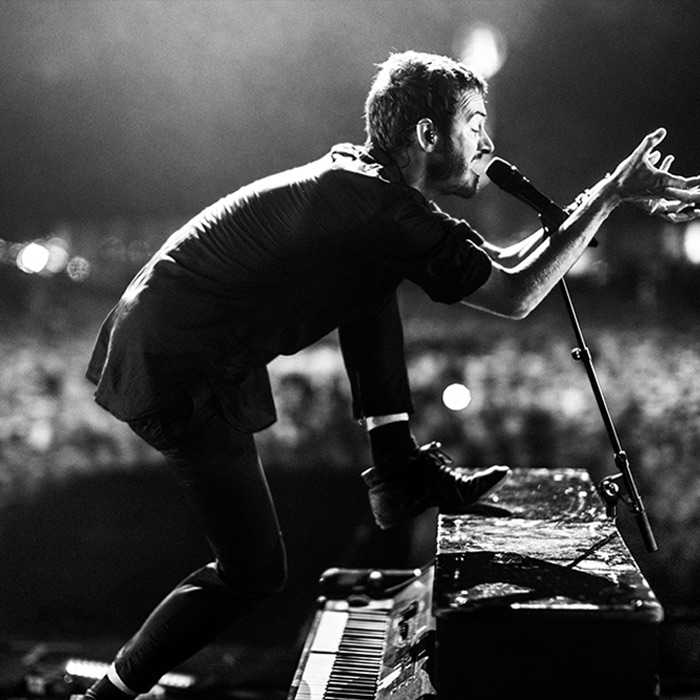 . Surprising, considering their sharp lyrics, driving drums, and soaring guitar. Singer Tom Smith stays on the low end vocally, complementing the high driving guitar sound. The journey they are on is for America to discover them. After a 2006 tour in support of their first release, The Back Room, Editors are back to prove that multi-platinum success was not a fluke.

For those who haven’t heard, Editors have drawn similarities to Joy Division, a post-punk group also from England. Smith’s vocal style is very much like that of Singer Ian Curtis who took his own life in 1980, proving the dark lyrical content of the band was not just for show. Smith, who was born the following year, appears to be the reincarnation of Curtis.

The group opened with the explosive Bones, from their current record. From there, the music seemed to get louder and faster. Highlights from The Back Room included Bullets, Munich, and Blood (“Blood runs through your veins, that’s where our similarity ends…”).

A few songs into the set, Smith asked the crowd, “Ever had one of those days when nothing went right?” A perplexing question since everything had sounded very right. Of course, Editors performed several selections from End. Besides the opener, they performed the album’s title track An End Has A Start, Smokers Outside The Hospital Doors, and the latest single, The Racing Rats (“If a plane were to fall from the sky how big a hole would it leave in the surface of the earth?”). This soaring rocker demands respect from the opening note and seemed to be the crowd favorite.

Smith was very animated, often standing on speakers or the keyboard while singing. Drummer Ed Lay supplied the chest-crushing drumming. It was a gold medal performance, which should help turn this up-and-coming band into something big. The British are coming, people…go buy their cd.

San Diego band Louis XIV opened the show with an energized and excellent set. The six-piece band had, at one time, two violins going. The keyboard was also in use in addition to a couple guitars, a bass, and the drums. Lead singer Jason Hill crossed from David Bowie to Johnny Rotten to Mick Jagger in a matter of minutes. It was glam meets garage and it worked. For a third-stringer, this group made some new fans. Stand out tracks included Guilt By Association and Finding Out True Love Is Blind. They’ll pick up the silver medal.

The bronze will go to the middle act, British Columbia’s Hot Hot Heat. While the group rocked through their set and kept the crowd buzzing, Louis XIV showed them up and nearly stole the entire show. Heat’s Steve Bays did a sufficient job, but in the end they were sandwiched by giants. Not an easy task.