The first track on the self-titled debut from Atlanta’s Oryx and Crake transports the listener to a melancholy place with its cello, guitar, and plaintive vocals of leader Ryan Peoples. Then the guitar gets fuzzy, harmonies are layered in, and the clouds part on the 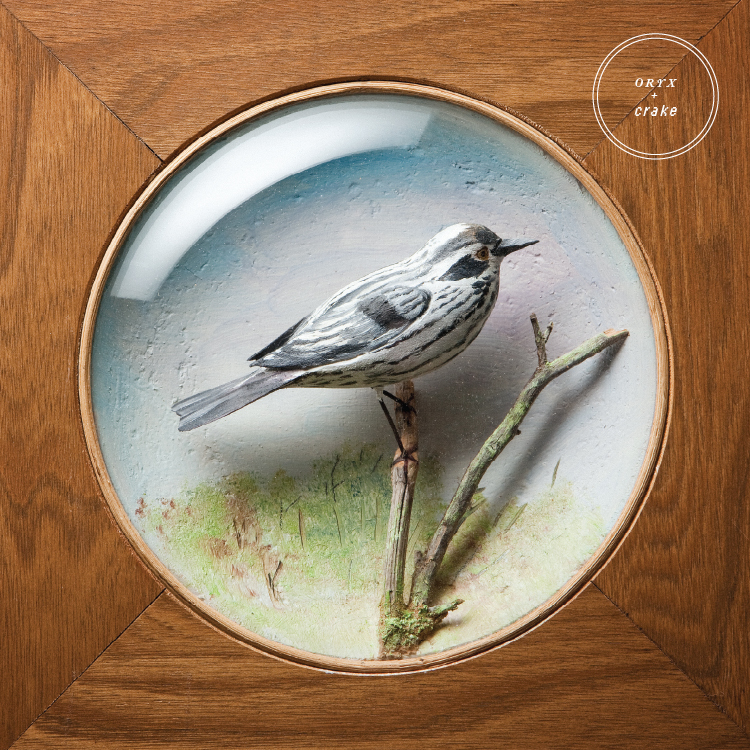 The 9-person band has created a dazzling debut that is difficult to label. Among other things, instruments include guitar, bass, banjo, cello, electronic drums, a homemade midi, and a toy piano. Combine these with Peoples’ smooth and striking vocals harmonized with bandmates (including wife Rebekah Goode-Peoples), and deeply interesting lyrics and you have the magic that is Oryx and Crake.

Named after the Margret Atwood novel, Oryx and Crake have birthed their own version of fiction (because this sound cannot be real). Intentionally avoiding the easy hook that would guarantee radio play, O+C instead pursue an eclectic and uniquely stunning piece of work that should be on the radio.

“Bed Death” is at once a simple and complex piece with harmonies, effects, and a spooky bass line throughout. It’s the sort of hypnotic song that you’ll find yourself humming and singing hours later (“Bring it on back! / Bring it on back!”). Falling in the middle of the tracks are two catchy yet brief gems. “Superlady” starts off sounding like a five-year-old playing with the reel to reel but quickly gets mature, while “Pretty How Towns” is a countrified piece of work showcasing some nice banjo.

In the gorgeous “Unbound,” Peoples sings “Everyone is so tired of lugging you around / Everyone is so tired of you dragging us down.” This could be describing one of several possible stories, but seems to be an ode to an abusive parent (“The wooden spoon you used on us has broken.”). With hand claps keeping the beat, “Unbound” is a standout track. “Lullaby No. 1” ends the disc on a mellow note, sounding a bit like a 60’s Beach Boys ballad, but soon evolving into signature O+C, with the addition of more instruments and more personality.

After a few listens, this superb debut sounds like something from a band whose paid their dues; whose time has come. Rarely has a first outing been such an impressive recording. It takes most groups four or five records into their career to achieve such a solid accomplishment. Each of the nine songs on this self-titled debut has its own traits and tells a different story. This does not sound like anything else out there right now. That’s why music lovers owe it to themselves to discover Oryx and Crake now. This group of musicians, if they so desire, will be around for quite sometime.

You can find it on iTunes and more than likely be able to purchase the CD at the release party on August 28 at the EARL in Atlanta. You owe it to yourself to be there. Tickets can be found at Ticket Alternative or at the door.