’25 On’ and The Rainmakers are going strong

New Release: 25 On by The Rainmakers

Hailing from Kansas City, Missouri, The Rainmakers have always lived up to the “Show Me State” motto (in a define-rock-and-roll-for-me kinda way). Forming as Steve, Bob & 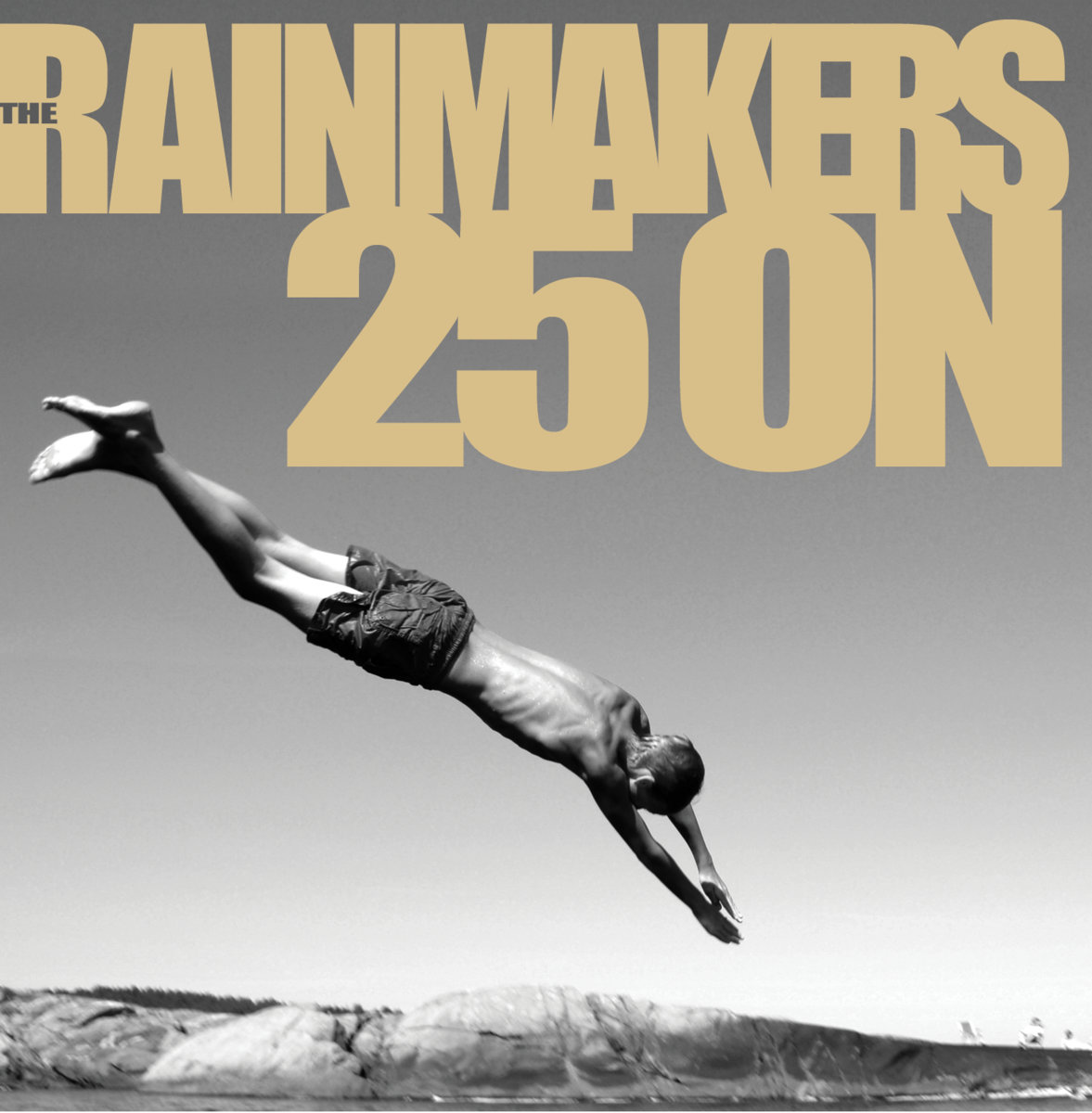 Rich in Kansas City in 1983, Steve Phillips (guitar, vocals), Bob Walkenhorst (drums, vocals), and Rich Ruth (bass, vocals) brought a raw energy to the local music scene. In 1986, the band released their first big-time, self-titled album on Polygram Records after adding Pat Tomek to drumming duties. It cracked Billboard’s Top 100 Albums and even made it into two of Stephen King’s novels (The Tommyknockers and Gerald’s Game).

Overseas fans loved them even more, with their debut single, “Let My People Go-Go,” making the UK Top 20. But Norway fans would take it to a higher level. That is the country in which The Rainmakers are still huge. In fact, the newly reformed band will embark on a two-week tour there beginning next week. Unfortunately, Steve Phillips is busy recording and touring with The Elders, a premiere Celtic band which has itself enjoyed great national success. Multi-instrumentalist Jeff Porter will fill in for Phillips on guitar, vocals, and an additional piano for the new release.

This year marks the 25th anniversary of that debut album, and the boys decided it would be a great time to put out something new. After a fourteen-year break, they have released what could be their most mature and soulful work to date. Timing is also ideal with their induction into the Kansas Music Hall of Fame earlier this month. The new album is entitled 25 On and it consists of twelve songs that run the gamut from a first class melodic rocker (“Given Time”) to a story of life on the road and the joy of finally getting back home (“My Own Bed”) to a wicked political stomper that begs Americans to work together (“Half A Horse Apiece”).

The second track finds Walkenhorst rhyming “ceiling” and “Vermillion” possibly achieved for the first time in music recording history (do the research). On “Turpentine,” the band grooves to a jazzy piano intro and a soulful wonder of a song as Walkenhorst sings, “Got the rollin’ bass, got the baritone / Got a ringin’ high tenor reachin’ Jesus on the phone / And a smooth lead singer got the women cryin’ / Sweatin’ salvation, turpentine.” This song is a prime example of Walkenhorst’s superb songwriting ability as well as showcasing the entire band’s superior musicianship and harmonies. It sounds like a gospel choir straight off the bayou. I dare you not to listen to this one five times in a row. But 25 On has it’s soft spots as well, as in “Baby Grand,” which will touch the heart of any father of a daughter.

The album closes with “Go Down Swinging,” a raucous tribute to life itself, if not simply a musical career. Walkenhorst channels his best gritty-voiced good ole boy blowing away that harmonica and professing, “If I go down, I’m gonna go down swingin’ / If I grow old, It won’t be gracefully / I’m gonna trip and fall, and pass it off as dancin’ / I’m gonna croak and moan, say it’s a new kinda singin’ / I’m gonna go down swingin’” as the rest of the band tries to keep up.

It sounds like the greatest of parties, but it also witnesses a singer and a band looking at what’s left of their lives. The Rainmakers have a multitude of fans around the world who will likely be transported back in time for a joyous musical experience with a band that has been there and back.